Menu
Log in
Register
Install the app
You are using an out of date browser. It may not display this or other websites correctly.
You should upgrade or use an alternative browser.

I had a look at how screenoverlay works since I can't use instructor hint entity to display boss info to individual player.
The reason why the texture is not animated is because there's two problems.

First one is the .vmt (material) configuration.
If you want to use the same special effect as the default ZombieReloaded's overlay, instead of using 'UnlitGeneric', you should use 'Refract' instead.

Code:
Please, Log in or Register to view codes content!
Second is the transparency, take a look at the screenshots I've attached.
zombiereloaded's overlay when viewed without alpha channel (transparency), the background became all white, while yours become all black.
Being all black means it's going to block player's view.
I'm pretty sure your alpha channel is set to 8-bit due to anime character's outline color being white, so try to do the same thing to the background when you make a new one in the future.

Staff member
Currently PSE is using "screen particle" for Z:R round end overlay. It is useful for applying various visual effects. However not stable sometimes.
Btw UnlitGeneric texture is okay for all of times. How different the Refract shader?
OP
Z

Mind if you give me a link for screen particle shader? I couldn't find it in valve developer.
It would be very helpful since I might need it for mapping.

UnlitGeneric is best to use when you want to apply no special effect to it.

Refract shader gives a distorted effect at the base texture.

Here's an example from valve developer. 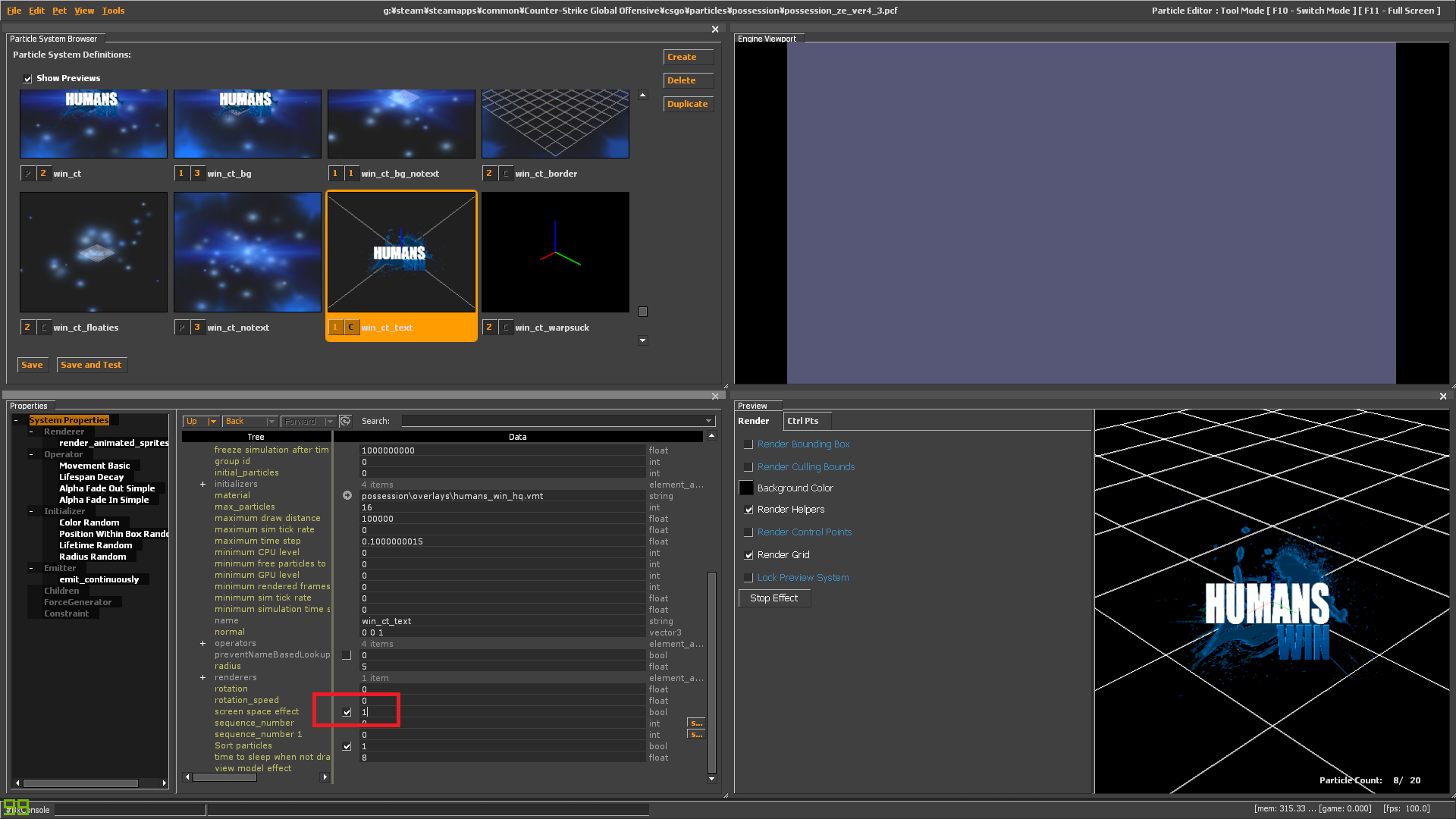